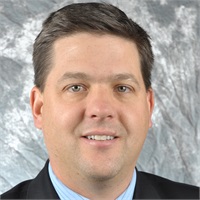 David lives in Henderson, CO with his wife Jennifer and three children, Elena, Sofia & Lars. He enjoys spending time with his family, skiing, camping, soccer practices and games, little league baseball, Jr. PGA, school events, and gardening. He also adores his one-on-one “special days” with each of his children. David loves all sports and still plays soccer and has been refereeing soccer for over 17 years. David is also an avid reader, primarily of non-fiction and sports history.
David is very active in the community. He serves as Chair of the Commerce City Zoning Board, is a board member of the Friends of the Front Range Wildlife Refuges, and the Latvian Culture Center of Colorado. He also was honored as Goodwill Denver’s Mentor of the Year in 2009 for his work with a Denver North High School student for four years. He is proud to note that his mentee is a graduate of the University of Wisconsin – Madison, Columbia University, is currently an Ivy League man at Columbia, and is a Gates Millennium Scholarship winner.
David earned degrees in Economic Geography from the University of Illinois (BA), and Northern Illinois University (MS).  While working full time for a REIT in downtown Chicago, David also earned his MBA from Loyola University in Chicago.  David was born and raised in Rockford, IL by his devoted Latvian immigrant parents.